Artwork, CD packaging and logo design for the spanish metal band Doppler,  “Apophenia: Type I Error” will be reased on August 27th by the danish label Mighty Music. 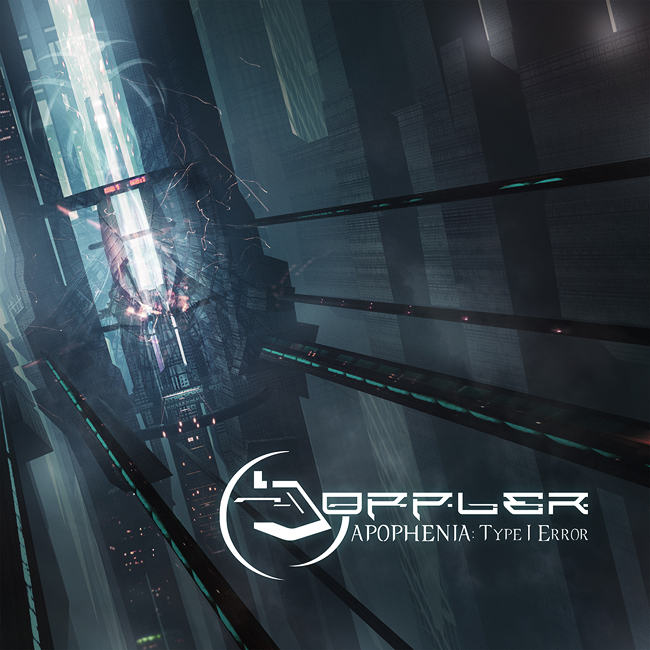 “Apophenia: Type I Error” is based on low tuned riffs and complex polyrhythms and the band could easily be related to genres like Djent or Math Metal. However, there are certain aspects of DOPPLER’s sound that makes them a one-off band: The blend of a strong Extreme Metal influence with the use of samples, electronic effects and ambient passages, which complement their sound and gives shape to the band’s distinctive aura.” 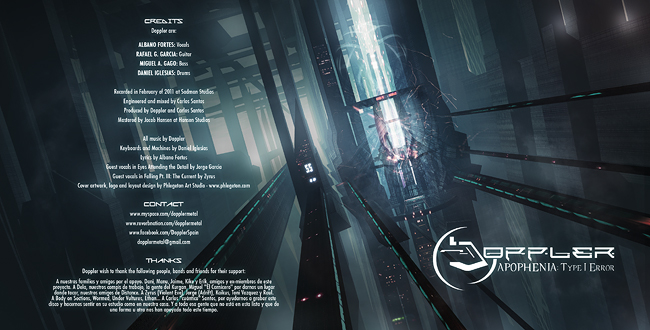 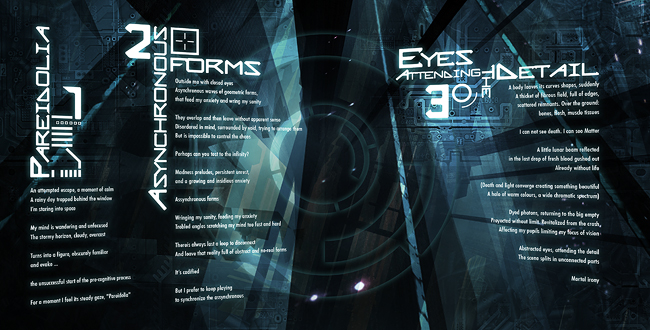 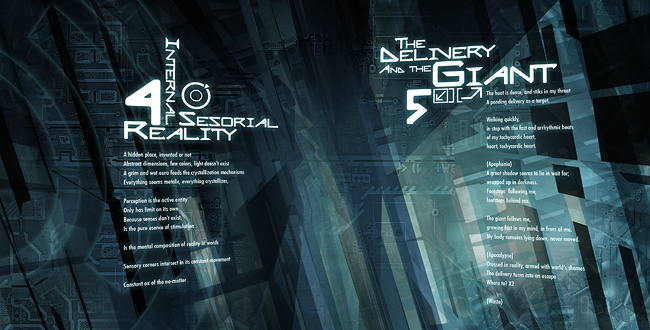 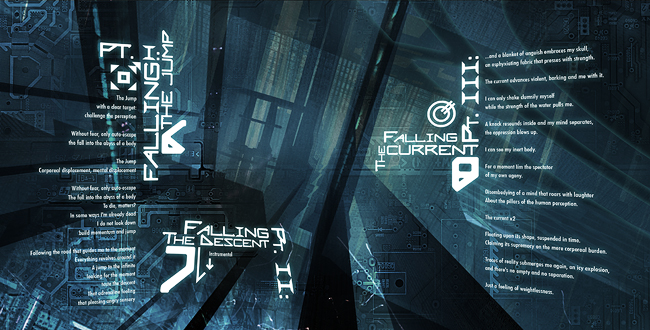 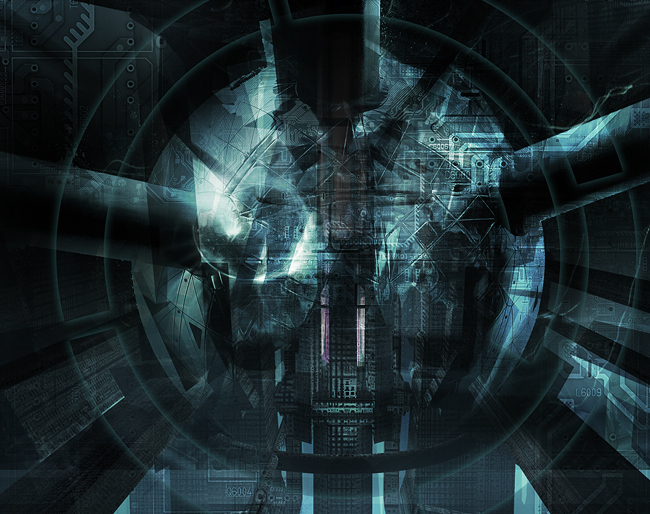 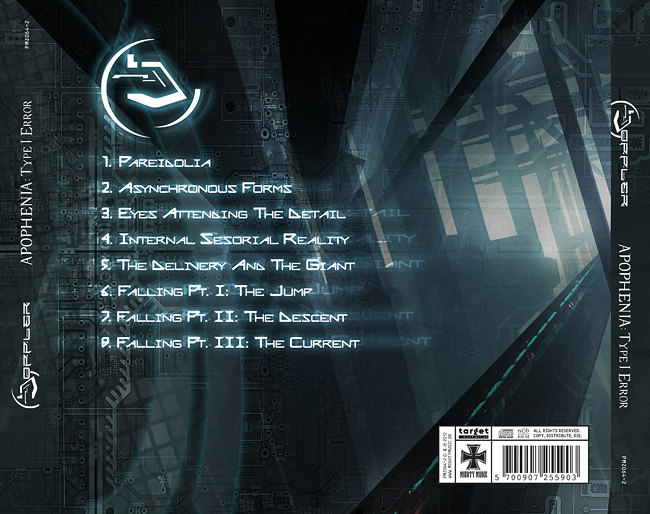 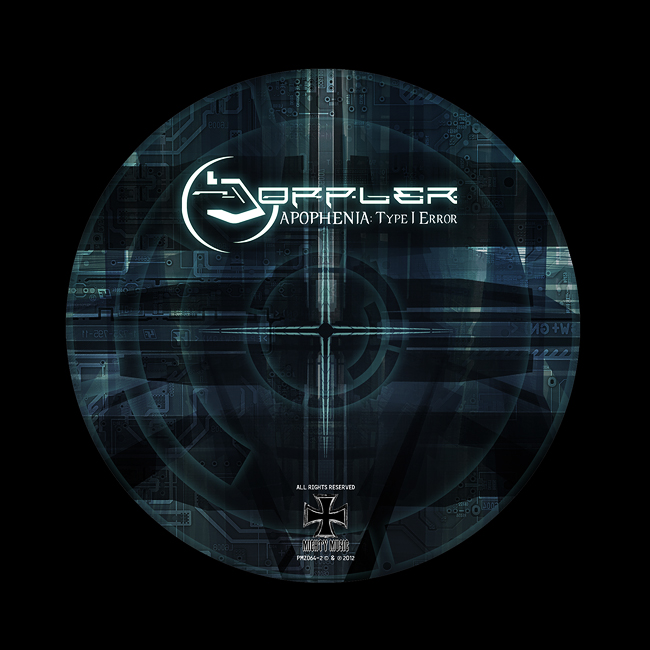 Screenshot of the 3d wireframe for the scene. 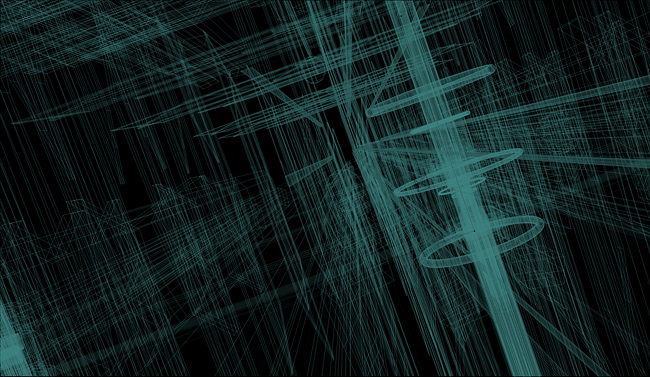 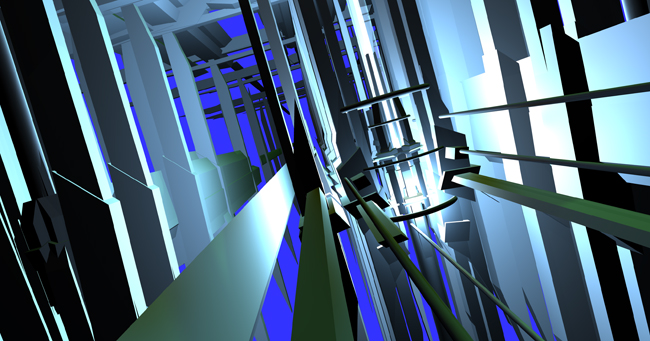 “Every bit as violent and disorientating as a full-scale psychotic episode, it comes as no surprise that this technical head-trip is structured around the very darkest shades of schizophrenia. And despite being littered with indecipherable medical jargon, the concrete-heavy grooves, nightmarish electro and mind-bending time signatures contained within speak volumes for the raging insanity that fuels Doppler’s wondrously mutated breed of tech-death. Free from the directionless, technical showboating, ‘Apophenia: Type I Error’ is a cleverly penned, unpredictable exercise in aggression and atmosphere that’s pulled off with whiplash-inducing aplomb. Whether mesmerising with mad polyrhythms or carving out a relentless barrage of clinical blasts, Doppler have set an unparalleled new standard in uneasy listening.”